It is many a college professor who looks at his or her grade list after a major test and sees, with a sinking heart, the numbers of D’s and F’s on the list. This is not good.

It is not good for administration because they want students to pass the class, first time if possible and repeats don’t make anyone very happy.

It is not good for the teacher because he/she looks like a) an ogre out to eat students or b) inept and unable to teach the students in a way that they can learn.

So, which is it? Mean teacher, inept teacher or deficient students? Maybe none.

Time and time again I have found in many classes that students commonly fall into certain groupings. Those are the A/B students, the C/D students and the F students The A/B group usually need the least amount of help and can figure things out on their own. These are the students who will figure out the class and the teacher and find a way to get that high grade (with or without your help.)

The C/D student is trying but frequently failing and is the one who needs the most help in getting that passing grade.

The F student is the one who may have thrown in the towel before they ever walked through your door. This student may have any number of issues going on and for whom you may be limited in your ability to help.

So, back to the groups we can help and for whom our input is the most important. As stated before, the A/B students will fight to get that grade. However, even they can be stumped and stymied by really difficult subjects.

While in Korea I went to work for a college where my teammates were dumping a mountain of paper on their students. The copy machines were humming constantly and on the verge of breaking down with the number of copies. Students were stuffing loose sheets of paper into notebooks to be found later (or not). There was a lot of chaos and confusion in these lesson plans. The teachers would compensate for all this upheaval by making the test extraordinarily easy and quitting the classes early. Who exactly was winning here?

After one semester of this craziness, I created my own workbook which was then copied by the copy center. Then, I required each student to buy the workbook at a low cost. This eliminated, pretty much, the reams and reams of paper required for copies and me running to the copy machine every six minutes. The students then had one workbook to work from in a consistent pattern. The book was a series of stories followed by questions and a place for written answers.

Each class period (this was an ESL class) we started with one grammar exercise (back of the book) and then went to reading followed by comprehension checking questions. I would give them target words before reading and watch a video related to the story. Then we would read the story and write down answers in the workbook.

Here is the important part; I would work the room and check to be sure each student wrote down an answer in the workbook regardless of how short the answer.  This written answer then became the student’s answer key.

When I created the tests for the class, absolutely everything came out of the book. Although I might talk about this and that, given that these were English language learners, I could not be certain what they would remember or retain of what I said. I felt comfortable that they would remember and be able to find whatever was in the book.

Then, again this is important, all the tests were then open book. To pass the class the student had to simply show up, bring the workbook, write down the answers to questions. Then at test time, they had to know where to go in the book to find the answers, copy those down (from their own handwriting) and complete the test. I found using this system the numbers of D’s and F’s fell rapidly. The A/B students of course made higher grades, but we already knew they would make those grades.

What I have done essentially is shift up the grade level and passing rate of the class. This was a vocational college, I already knew my students weren’t going to be advancing to Harvard so that was not the point. They passed and were happy with the grades. The administration was happy because there was a higher passage rate and higher grades. I was happy because I felt like I was teaching them the best that I could and that they were absorbing as much as they could. They earned the grade and I didn’t have to fudge and ‘give’ anyone anything. They did it themselves.

I did the same thing recently in an American classroom with American students. The content was grammar and students were required to take and pass a very difficult grammar test as part of the course. Although I knew most of them had had all this grammar at some point, this was a group of young adults and they had not studied the subject for probably years.

I started with a workbook (not mine, another author’s) and then I did targeted instruction about which parts of the book I wanted them to study. Some will say that this is studying to the test, maybe, but the subject of grammar is so broad and so wide and has so many rules, the only way to get through the course in a limited amount of time is with targeted instruction.

Once again, we drilled and drilled using the workbook and they wrote the correct answers in the workbook for each lesson. At the end, we had the dreaded test which they took open book (with the workbook). I had a 92% passage ratio for the first test. Each student who did not pass had to redo the test of course, but with the open book format the redos were fairly simple to accomplish.

Targeted instruction is essential for difficult subjects, average to low level students, English Language Learners and adults who have been away from academics for any period of time.

Use of a workbook that they write in with their own hand is the main instructional method. Research shows that writing the answers down by hand, does in fact reinforce learning.

Finally, testing students with only those items found in the book with an open-book format is a guaranteed formula for success and a high passage ratio.

Lastly, with Native speakers I have found that I can lecture and have them take notes. I can then give them tests on whatever was in the lecture and feel fairly comfortable about their ability to listen and retain what I said. However; many of the students I am seeing are English as a second language learners. They are vastly helped by putting the spoken word into a PowerPoint format that they can then study. I need to keep the questions on tests to primarily those items that I have both covered in class and have presented to them in writing. This gives students who have a little trouble with retaining the spoken word a chance to study and catch up with their peers.

I believe these principles put into practice will ensure a happy ending for students, administration and for you as the teacher. Bon chance! CW

My latest on Amazon.com. 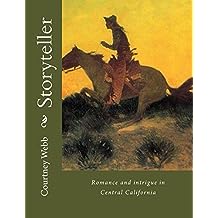