The Clues to the Real Carolyn Keene – writer of the Nancy Drew mysteries. …..

‘The wind howled through the dark night. Nancy bent over with the light of her torch to examine the dark spot on the wood floor. Blood? She dipped in the tip of her finger and put it to her nose. Yup. It was the stuff.

Further away she shone her light on the floor and could see remains of a shattered vase. It looked to be expensive like everything else in this Arts and Crafts style house on the edge of Pasadena. She shone the light around and could detect footprints leading away.

Cautiously, making as little noise as possible, she followed the prints through the swinging wood door. It led to a large dining room. Nancy advanced softly and could just make out the slumped form next to the oak table. He looked like he had been trying to pull himself up. The elderly gentleman was lying almost face down with his head to the side and both hands clinched. A large spot on the back of his head showed through his white hair. Something white peeked through fingers of one craggy old hand.

Knowing full well she shouldn’t do this, Nancy gently tugged the paper out of his hand. She touched him at the neck knowing there would be no pulse. There wasn’t. She shone her torch on the paper. The Ghost….was scrawled on the paper. There was a bang in the background, Nancy jumped. The murderer could still be in the house.

Catlike, she retraced her path back to the front door. She stepped gingerly out turning off the torch. She peered around the front driveway and bushes. No one. Her heart in her mouth, she grabbed the car keys from her purse and made a run for her car.

She yanked open the car door, slammed it shut and banged down the locks. The key in the ignition, she did a rapid three-point turn and peeled rubber until she was far down the hill and on the way home. She pulled into a coffee shop and called the police. She knew her buddy, Sergeant Fred or Freddie wouldn’t be working this late so, she made the report to the desk cop and left her name and number. Yikes! What an evening. Jeepers.’

Mildred Wirt Benson leaned over her heavy black typewriter and peered at her copy. Was this going to do it? This character was something new and different. A Sherlock Holmes type but, American and importantly, female. Wow! How were people going to react to this character? She wasn’t typical female and broke so many rules.

This Nancy was, hum, Mildred had to think. Nancy was strong-minded, strong-willed, independent. She was curious, action-oriented, loved to get into trouble, mind other people’s business and in general make a nuisance of herself. She was the bane to her lawyer father, who loved her to bits, and her somewhat scattered boyfriend, Ned.

Plus, Nancy was continually getting into and out of scrapes with and without the help of friends and family, yet, by the hair of her chinny-chin-chin, managed to pull the rabbit out of the hat at the last moment.

She pulled the last sheet out of the typewriter and placed in on the pile with the others. Hopefully, her editor would like it, approve of it and most importantly, pay her for it! A smile of satisfaction played on Mildred’s lips. Nancy was all the things she could never be. Nancy would probably just march right into Stratemeyer’s office and….

The character, Nancy Drew, was conceived by Edward Stratemeyer, founder of the Stratemeyer Syndicate. Stratemeyer had created the Hardy Boys series in 1926, which had been such a success that he decided on a similar series for girls, featuring an amateur girl detective as the heroine. He was aware that the Hardy Boys books were popular with girl readers and wished to capitalize on girls’ interest in mysteries by offering a strong female heroine.

The first four titles were published in 1930 and were an immediate success. The books popularity can be seen in a letter that Laura Harris, a Grosset and Dunlap editor, wrote to the Syndicate in 1931: “can you let us have the manuscript as soon as possible, and no later than July 10? There will only be three or four titles brought out then and the Nancy Drew is one of the most important.”

The 6,000 copies that Macy’s ordered for the 1933 Christmas season sold out within days. In 4/1934 Fortune Magazine featured the Syndicate in a cover story and singled Nancy Drew out for particular attention: “Nancy is the greatest phenomenon among all the fifty-centers. She is a best seller. How she crashed a Valhalla that had been rigidly restricted to the male of her species is a mystery even to her publishers.” 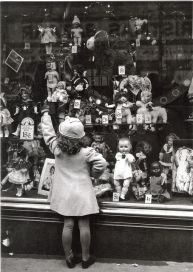 During the height of the greatest depression that the US has ever experienced, the appearance of these books and their popularity was astounding. Maybe it was the times. Maybe people need to feel that they had some kind of personal control.

Mildred Benson was born Mildred Augustine in Ladora, Iowa to Lillian and Dr. J. L. Augustine. Benson earned her degree in English from the University of Iowa in 1925 in a short three years. She later returned to the University and in 1927, became the first student there to earn a master’s degree in journalism. She was married to Asa Wirt, an Associated Press writer. The couple had a daughter, Peggy Wirt, in 1936. After Wirt’s death in 1947, she married George A. Benson, editor of the Toledo Blade.

Benson worked for 58 years as a journalist, and author of children’s books. She died in 2002 at the age of 96. Benson was a great adventurer, making numerous trips to Central America, traversing the jungle in a Jeep, canoeing down rivers, visiting Mayan sites, flying airplanes and witnessing archaeological excavations.

While she wrote scores of books under her own and many other names, Benson is perhaps best known as one of 28 individuals who helped produce the Nancy Drew books.

Published book rights for the Nancy Drew series were then owned by the Stratemeyer Syndicate and are now by Simon & Schuster. As with all syndicate ghostwriters, Benson was paid a flat fee of $125 to $250 for each Stratemeyer-outlined text, the equivalent of three months’ pay for a newspaper reporter at that time. At Edward Stratemeyer’s death in 1930, all Syndicate ghostwriters, including Benson, were sent royalties from their books.

By contract, Benson signed away all rights to her texts and any claim to the pen name, Carolyn Keene. She was, however, permitted to reveal that she wrote for the Syndicate.

Stratemeyer provided Benson with index card thumbnail sketches. However, she was the one who created Nancy’s spunky, plucky personality, and her daring, adventurous spirit. Benson took the plots supplied by the Syndicate and created a character that is still loved today. The Syndicate published the books using the pseudonym, Carolyn Keene. Later, most of the Nancy Drew stories that Benson wrote, were re-written by Edna Stratemeyer Squier and, Harriet Stratemeyer Adams after Stratemeyer’s death.

However, Benson herself went on to write even more books. She created The Dana Girls series under the name, again, of Carolyn Keene. Also, the Penny Parker and Dan Carter, Cub Scout series. She was a long-time journalist for her husband’s paper, The Toledo Blade and covered many topics to include the crime beat.

Mildred Wirt Benson captured the essence of the American spirit in the form of a sixteen-year-old girl. Nancy Drew was smart, curious, resourceful, nosey and helpful to others. She used the resources at her disposal to help others in need. She was the epitome of American can-do attitude and at a nexus point in American history, helped to redefine women’s roles. Nancy became a model for girls who would become women themselves one day, of who and what they wished to be. For myself, I always wanted to be Nancy Drew when I grew up. I really loved those shoes! 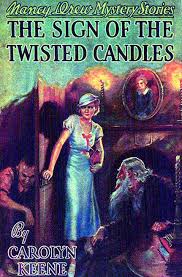 For Indeed it was He, Author unknown, 1934.  Fortune Magazine.