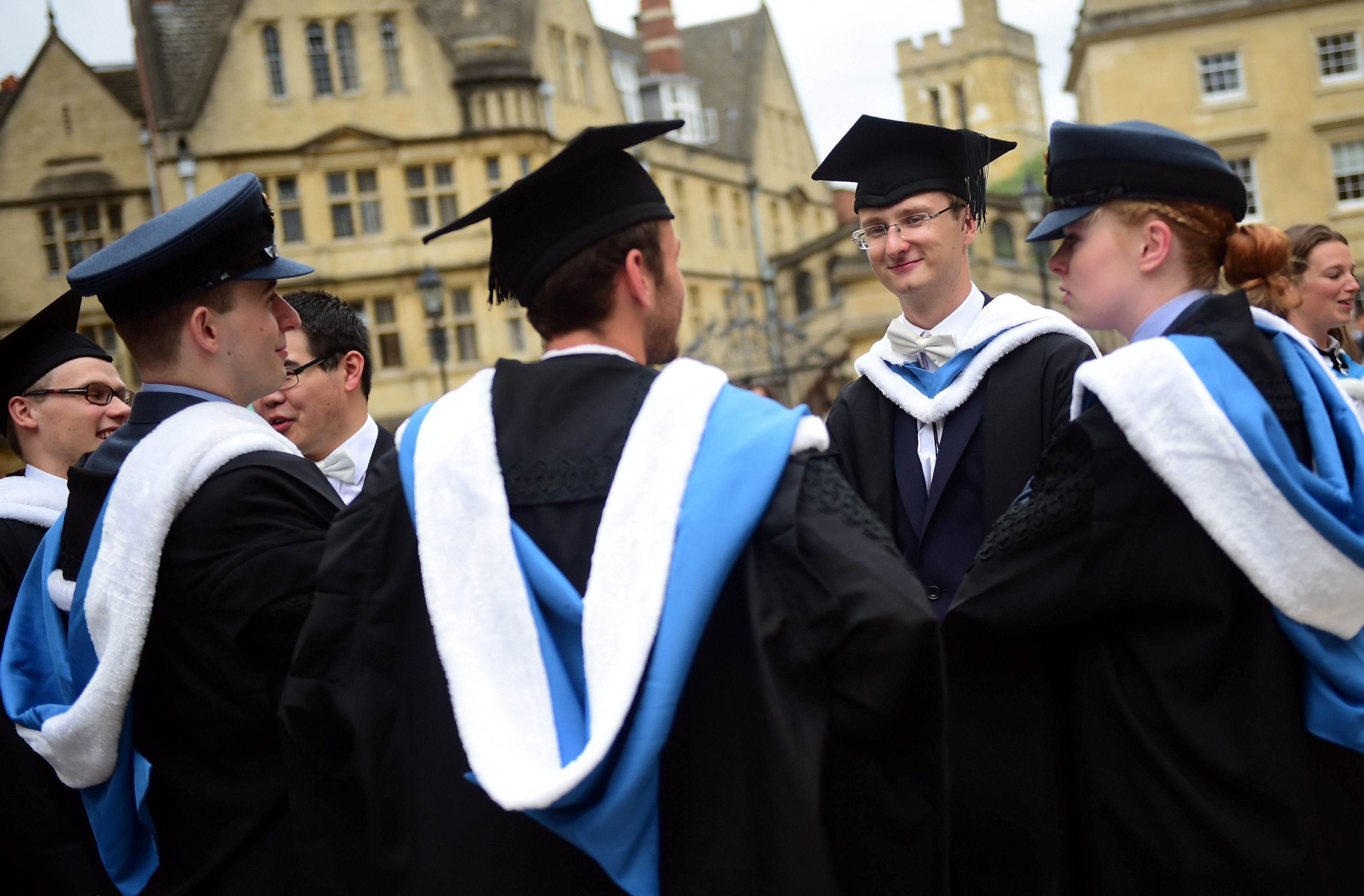 Graduates gather outside the Sheldonian Theatre after a graduation ceremony at Oxford University in July. PHOTO: HANNAH MCKAY/REUTERS
By
Douglas Belkin

The U.S. continues to lay claim to more elite research universities than any other country in the world, but that dominance is beginning to fray.

Oxford and Cambridge, the intellectual one-two punch of the U.K., took the first and second spots in the 2018 Times Higher Education World University Rankings. Their showing marked the first year schools outside the U.S. seized the two top positions in the 14-year history of the list.

The U.S., led by California Institute of Technology and Stanford University, took seven of the top 11 spots.

But this also marked the fifth year of consecutive decline in the overall showing of the U.S. This ranking listed 62 U.S. schools in the top 200. In 2014, 77 U.S. universities ranked in the top 200.

By contrast, the cumulative reputation of Chinese research institutions is swelling. In the latest ranking, seven Chinese schools cracked the top 200. In 2014, there were just two. Peking University and Tsinghua University topped Chinese schools, ranking 27th and 30th, respectively. That placed them ahead of the Georgia Institute of Technology (No. 33), Brown University (No. 51) and the University of North Carolina at Chapel Hill (No. 56).

“It’s not doom and gloom, the U.S. still dominates the list, but there are clear warning signs and fairly significant flashing red lights that the U.S. is under threat from increasing competition,” said Phil Baty, rankings editor at Times Higher Education. “Asia is rising. It’s a worrying time for stagnation for the U.S.”

The World University Ranking awards about a third of its score to the research generated by a university’s scholars, in part by culling 62 million citations and 12.4 million research publications. Research funding also plays a role.

Institutional income—the money generated by the university—and research reputation dinged U.S. schools, while it pulled up the scores of Chinese schools.

A quirk of timing may have also hurt the U.S. numbers this year, Mr. Baty said. A survey of 20,000 scholars that aims to distill reputation of schools as seen by experts in the field took place in January, February and March, just as President Donald Trump was assuming office and attempting to limit access to the U.S. by citizens from six Muslim countries. Academics, who frequently collaborate globally, by and large reacted poorly to Mr. Trump’s plans, he said.

By contrast, Britain’s vote to leave the European Union preceded the survey by half a year and may not have been top of mind, Mr. Baty said.